7 Best Linux Emulators for Windows System – The love for Linux operating system is beyond any explanation. However, the popularity of windows makes it difficult for Linux to take over the operating system world. Windows has a bigger platform of users, advanced graphics, and a package that takes it to the next level. Linux has been always in a tug of war with Windows and it continues to confuse people. However, both platforms can co-exist peacefully and independently. Below is a list of the 7 best Linux Emulators for windows systems.

It is one of the most common emulators in the Linux community. If you have Virtual Box installed on your windows system, its interface lets you create multiple virtual machines. This emulator lets you run more than one Linux distro on the Windows OS environment. Even if you are not tech-savvy, you don’t need to worry. The UI is simple and every user can understand it on his own. Its performance is beyond explanation because of the C and C++ programmable languages that are responsible for optimizing this emulator. Overall, it is one of the best Linux Emulators for windows systems.

VMware workstation is sort of similar to Virtual Box in terms of functionality. However, your windows need to be a 64-bit system. You can run various Linux distros like the previous one on this one too. It offers two different versions; free and pro. The free version is not as fully-fledged as the pro one. You can access several top-notch features on the professional version including gaming. The UI is simple and clean for easy usage and access. Other features include SSH, Direct 10.1, Wayland, 4K resolution, and Virtual Networks.

If you want to configure and work with Linux virtual machines and Windows OS environments, then Parallel workstations are the best bet for you. This is a full system emulation with robust features and offers. It can easily work with hard-drive adapters and also video and network adapters. The main features include pre-built drivers, VGA and SVGA graphics. Due to its supportive 256 MB RAM, this emulator will easily host most Linux distros. Don’t pay extra Parallel Products &amp; Get extra discounts online.

Wubi is a partition-free emulator that allows you to configure a Linux distro like Ubuntu on your windows. All you have to do is install Wubi is a normal program and then launch it like Ubuntu. The Linux enthusiasts find it appealing regardless of its discontinued development status because of its dynamic potential and simplicity. The emulator is lightweight and offers you the freedom to modify it. So, download it and try out the features yourself.

Hyper-V was formerly known as Microsoft Windows Server Virtualization. It is a robust hypervisor system that allows Windows users to run multiple operating systems at the same time in their system. The platform enables users to make better use of their hardware and run different operating systems virtually. It also comes with native support for better memory, encrypted network, cloud backup, and several innovative administration tools.

A modern-day and robust Linux environment designed to run natively inside Microsoft Windows Systems. When it comes to a Linux emulator, it is one of the best and most effective as compared to the rest. It does not require any virtual machine for running Linux and performs well across all major Windows versions. The software is entirely open source and allows users to run everyday Linux commands directly from Windows scripts.

The last Linux emulator on the list is QEMU which is one of the most popular virtual machines due to its support for an extensive range of hardware. It is capable of emulating any architecture and gives you a functional Linux system inside your windows machine very fast. The platform is also known for its substantial virtualization support that allows users to create virtual machines. For better performance, the software is maintained regularly, with newer features with regular bug fixes being added every month. 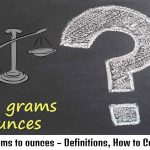 100 grams to ounces – Definitions, How to Convert?
Next Article 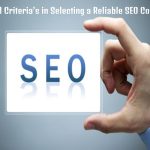