What is a Chromecast built-in?

Chromecast built-in is a technology that lets you stream your favorite entertainment and apps from your phone, tablet, or laptop right to your TV or speakers.

Chromecast is a minimal format material, resembling a USB key, which will connect to an HDMI port on your television (or a jack for the audio version).

This outlet can be powered directly or plugged into the mains like a conventional device.

Once it is over, all you need to do is connect it to the internet via WiFi, and you can enjoy videos from your phone, tablets, and PCs (YouTube, Dailymotion, Twitch, and others) directly to your TV.

The audio version will allow you with the same principle of use to launch the music from your favorite device to your audio system.

Note that there are now three versions of Chromecast: the first version, “Chromecast,” classic, resembling a key.

The more powerful “Chromecast 2” replaced the original version. And the Chromecast Audio, which is just for musical use.

The device’s principle is simple.

How to use Chromecast built-in?

In the end, it doesn’t take much to use it. On the one hand, of course, you need an end device, i.e., a receiver that supports the Cast protocol.

These can be speakers, televisions, or even entire hi-fi systems.

Usually, a note such as “Chromecast Built-in” on the devices’ packaging indicates the support.

The steps for use at a glance

Easily stream music without the hassle of pairing

Listen to your favorites anytime

Can I also retrofit Chromecast Built-in? 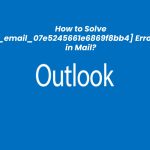 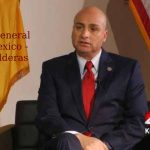 Attorney General of New Mexico – Hector Balderas, Biography, what does he do?