For now, I would assume that you already know what a computer server is, so the focus of this article would be on the different types of servers you can select depending on your intended purpose of getting them.

There are several types of servers that are used for companies and for individuals. There are ones called rack servers, tower servers, edge servers, and high-density servers. These are all used for similar purposes, but can be different, as well.

A rack server is a server that is a rectangular shape, and it will fit inside a rectangular shaped rack. This type of server allows more than one to stacked upon one another. It allows the server to be able to stay cool when a fan is added to the setup.

Rack servers are like other servers in that they are meant to provide data and other services to companies and clients. They are usually found in stacks of many, many other rack servers. Because of the way they are made, they are also used in military and industrial functions. These types of servers can be a part of servers systems that can be a larger part of a system. You can have just one server or many to do the job that is needed to be done. Rack servers can be stacked one on top of another, and this way it saves space in most areas.

You can usually find rack servers for between about nine hundred dollars all the way up to around eighty-one thousand dollars. The price depends on the size and capabilities of the servers. You will have to do the research to see which server best fits your needs.

A tower server is a stand-alone server that is built in an upright cabinet, it is about the same shape and size as a personal computer that is a tower shape. These tower servers are advantageous for several reasons. They are easier to keep cool because of the density of the component. You can learn more about tower servers by searching this site. They are also easy to add unlimited numbers of servers to a network.

There are some disadvantages, as well, including the fact that they are bulkier and heavier than rack servers. There are also lots of cables associated with combining tower servers together making it somewhat difficult to sort out. They can also be very noisy because each tower needs its own fan or cooling system. This might be the type of server you want, though, because it can save space in some rooms.

Tower servers can go from about six hundred thirty dollars to around thirty-four hundred dollars.

These types of servers are placed on the “edge” of a network where the data needs to happen. They are placed close to systems or applications where the data is being stored on the server. These servers help the data to be processed in the business or industry. Instead of being in a distant place, they are on the property and easy to access. The edge server is getting the data, processing it, and analyzing the data near where it is created. When you think of an edge server, you can think of a smartwatch or device such as that.

Edge servers can be around fifteen hundred dollars to purchase. These types of servers might do best for larger companies and not so well for a home server.

A high-density server is one that contains many computer processing units, or CPUs, that can be switched in an out on its own circuit board. These types of servers are usually used when you have massive data that you want to store. Hospitals, manufacturing companies, utility companies and other such places that have massive data needs might use the high-density servers.

You can buy these types of servers for up to fifteen thousand dollars each. These would not be could servers for home use, they would do better for the types of businesses listed above.

What are Servers Used For?

A server is where information is stored, where data is sent, and where data is received. A server can be a computer, a software program, or a storage device. You can have a whole building that holds multiple servers, such as the ones they use at Amazon, or it can be as small as one that can be used in a home. All the servers listed above can be a part of a larger system or can be used as stand-alone servers. 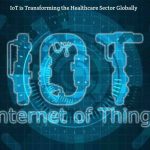 How IoT is Transforming the Healthcare Sector Globally
Next Article 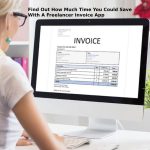