Google transit, what it is and how it improves mobility?

The service became operational in 2006 and is now available on four continents and more than 800 cities.

Using Google transit is simple; sign up for the program a little more complicated.

If you want to go from point A to point B, open Google maps on a browser or use the appropriate smartphone app.

Enter the arrival and departure addresses (unless you have geolocations), and from the menu (the one on the left for browsers), you must select ‘public transport.’

The map will show the bus, subway, and train lines, with relative timetables and the route to follow to get around.

It is for service users, but what should public transport companies integrate their line data with Google transit?

How to use Google transit?

Use the public transport directions in Google Maps

Public transport is increasing almost everywhere in the world. In the United States alone, public transportation has increased 34% since 1995.

Companies like Uber have revolutionized the space with more flexible (and we can call it hip and trendy) public transit.

Besides, other companies such as Citymapper have made it easier to use existing means of transport.

You’ll find public transit apps everywhere that can help you find a variety of modes of transportation.

Here are the best public transport apps for Android. Every app on this list is free, but rides cost money for everyone.

Is the public transport app free?

The app seeks to surpass Google Maps as a one-stop-shop for the daily commuter by providing quick access to nearby
transit maps rather than asking users to search for the location they want.

Also You can find more helpful resources at themarketingpilot 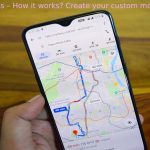 Google Maps – How it works? Create your custom map, Add stage
Next Article 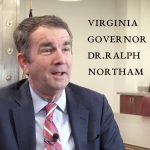